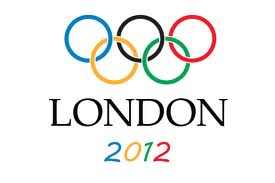 With the Olympics around the corner, this is a good time to tune-in and watch the events on TV or online, even if it's not the track & field events.  I think you'll find it motivating.  The background stories of some of the athletes are motivating, but simply watching the best athletes in the world compete can also be very inspirational.  Push yourself this summer and make it the best training of your life!  Here is your task: How long can you train like an Olympian?  Meaning, how dedicated can you "Eat Right, Get Lots of Sleep, Drink Plenty of Fluids, and Go Like Hell"? (This is an old quote by Mark Allen that is plastered on the front of the DC Running Coach T-shirts).
Be tough on yourself this summer.  Watch your diet, get sleep, don't skip workouts.  See what it's like to feel like a pro.  It's a different experience; a unique experience that can be very rewarding.  I don't care how fast you go.  I just want you to be dedicated to a fit, healthy, active, and rewarding lifestyle.  Watch the Trials and the Games and get inspired!  It doesn't mean you have to go above and beyond your current training program, it's just a reminder to be 100% dedicated to the program you are following.
Not everyone can go to the Olympics, but everyone can have the mentality of an Olympian!
Train hard!
Mike
Posted by Mike at 7/21/2012 No comments:

How to Do the Nation's Tri & Marine Corps Marathon "Double" 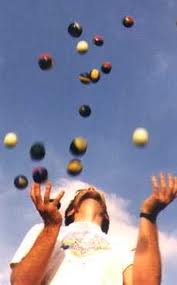 There will most likely be dozens of DC area triathletes competing in both the Nation's Triathlon and the Marine Corp Marathon (MCM).  Generally speaking, if we follow the principles of periodization and also accept the fact that weather in the Mid-Atlantic region can dictate our training to an extent, the early fall is a great time to hit your peak for triathlon (races stop around Oct 1st).  Similarly, a late fall marathon is in the heart of running weather ("marathon season"), so you can certainly have a great performance at both races if you happen to be in this category.
The first consideration for training would be to significantly cut down swimming and cycling for the 7 weeks between the two races, and use the base you have already built all year to ramp up your final approach to a marathon with a run-run-run approach.  Of course, this assumes you were doing marathon distance run training throughout the bulk of the year.  If you are a beginning runner, pulling off this "double" may be more difficult, so again, it's imperative that you have been building your run volume all summer or at least putting all of your time into run training (including strength training) in those final 7 weeks.  In reducing the swim-bike volume, or getting rid of it altogether for 7 weeks, there must be acceptance that this is perfectly alright, and that you will not "lose fitness", which is a fear of many non-elite triathletes have.  Professional triathletes can be concerned about losing fitness after a layoff in training because for them every second counts.  You and I don't quite compete at that level, so it's okay to take a break in training (swim-bike in this case).  Besides, the truth is that even the pros take significant breaks like this during the year; it's known as "training smarter, not harder".
I take the time to explain that last point, because it's critical to your mental approach to training exclusively for the marathon for 7 weeks following the Nation's Tri.  If you are signed up for more triathlons in Sept/Oct, then sure, you can keep swimming and cycling, but that also depends on how competitive you're attempting to be in triathlon, as well as what your marathon goals are.  Generally speaking, if you're a beginning runner and it's your first marathon and/or you don't expect to break 4 hours at MCM, I would recommend focusing exclusively on MCM after the Nation's Tri.  You'll be able to train hard for MCM without worrying about "losing triathlon fitness" knowing your next tri isn't for another 4-6 months.
The final consideration is the question, "Doesn't swimming and cycling help my overall fitness to prepare for MCM?"  Yes, it does, but it depends on who you are and how long you've been in the sport.  Swimming and cycling will have a significant impact in improving fitness for a beginning runner, but at that same time, shouldn't that beginning runner be maximizing running and run-specific strength training in the final weeks?  I agree that we shouldn't be running 5-7 days per week unless we've gotten to that point over many, many years, but consider resting the body more in those final 7 weeks as opposed to adding in more swim-bike workouts on your non-running days.  If you are an experienced runner (let's say a Boston qualifier for conversation), then those swim-bike workouts are no longer significantly improving your run performance (you're too fit), so all signs once again point to maximizing your MCM training.
Finally, it's Olympic fever time, so train like an Olympian at some point in the year.  That means maximizing your training and honing in on one event.  I don't encourage this mentality year-round, but therein is the beauty of periodization; it does allow you to focus on one event without being mentally burnt out or physically over-trained.  Gearing up for MCM following the Nation's Tri is a great example.
*Other considerations for planning your race and training schedule throughout the year are addressed in another blog by Mike found HERE.
Train hard (and smart)!
Mike