How to Peak for Your Race 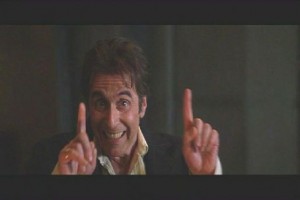 Many athletes invest in me to help them raise their game to the next level.  In the grand view, this mostly involves a change to running form, structured speed work, run-specific ST, embracing recovery periods, and help with selecting a race calendar.  On the smaller scale (the peak phase in particular) it involves the little tricks of the trade, which are discussed in all of the following chapters of this book.  Some of those tricks are directed toward reaching a peak level of fitness.

Because of its favorable weather (cool temperatures and low humidity), the fall is typically referred to as “running season” and therefore labeled as “race season.”  Upon entering the fall race season, runners should obviously begin to shift their focus more to their peak races and those related goals.  This focus applies to both physical training and mental training.  About two to three months prior to the peak race, there is likely an increase in the number of key (high-intensity) workouts on the schedule while the run mileage begins to peak.  Additionally, intensity and specificity of training will both begin to climb at this point for most runners.  If a runner is following the general principles of periodization, then this escalation needs to be embraced, so as a coach I’m more stringent on getting rid of the excuse making during peak season.  There needs to be a sharper mentality during peak season to match the sharpness of the training.

Any imagery/visualization sessions (if they’re being done) should now be more specific to the peak event.  For instance, instead of imagining in general terms that “I’m going to feel good and run well,” hone it down to “I’m going to feel ________ on that hill at mile ______” (the first blank is typically a unique/specific word for the individual, called a cue word, and the second blank is usually the toughest part of the course).  Through individualized pre-race e-mails, I give my athletes specific race strategies to help them tackle whichever race they’re doing.  Additionally, I offer insight into proper imagery, which is related to using perceived exertion during races versus being governed strictly by the time on the watch.  This mental strategy is also very much rooted in what are called process goals (more on that later).

During the peak phase, closer attention can be paid to diet (used as a noun, not a verb).  If there are more rest days scheduled during peak season in order to recover from key workouts and/or rest for the next day’s key workout, and if the RV is gradually reduced from peak mileage to maintenance mileage, then diet should account for these changes; control the caloric intake on rest days.  Moreover, the pre-race and in-race fueling strategies should be solidified.  These relevant questions should be answered several weeks in advance, as race day is not the time for questions or experimentation.

Whenever the summer Olympics are in full swing, I challenged my athletes to see how long they can train like an Olympian and take care of all the “off-the-field” elements of their training, such as diet, hydration, massage, and sleep.  If someone is taking running seriously enough to where there is value placed on performance, then more thought can be given to how one’s diet can boost performance, such as adjusting diet for the days with shorter runs or no running at all.  To feel like an Olympian, carry a winning mentality through the entirety of race season and take your diet to a healthier place.  Train hard when it’s time to train; rest hard when it’s time to rest.  You’re not an Olympian, but you can treat yourself like one when peaking.