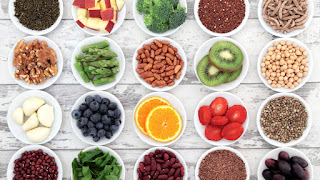 How did nutrition and happiness end up in the title of the same blog?  Let's find out together.

There is a collective theme emerging this winter from the runners I coach in that they are proactively taking control of their own healthy eating and fueling habits.  Some of them have purchased books on the topic, and whether or not it’s a run-specific nutrition book is irrelevant at this point.  They’re setting specific goals in this category, with tangible action plans.  Much of that starts at the grocery store (e.g., reading labels), and then carries over into their choices when dining out (e.g., no alcohol).  Quick side note: Alcohol affects your sleep, and then lack of sleep, especially over an entire week or month, will affect your performance and increase your risk for inflammation injuries (overuse injuries).

Some of you have a body type that doesn’t have much room to improve, whether that’s in terms of body weight (you’re already as low as you’re going to get) or body composition (lean vs. fatty tissue), but your goal with proper diet can still be to be energetic day-in, day-out, and to get good sleep (I have a separate Blog on BodyTypes, which also appears in the Nutrition chapter of my book).

The off-season is the best time for experimentation and to attack all the off-the-field elements of your training.  Yes, we incorporate all aspects of training during the entire year (a holistic approach), but we mentally prioritize (key word) things like, ST, PT, XT, and nutrition in the off-season.  To mentally prioritize everything all the time means you’re going to drive yourself crazy.  The key to “finding balance,” like your hippie yoga friends preach, is not to reduce everything to the same level (same amount of priority) throughout the day, week, month, or year, but instead to focus/prioritize certain aspects more than others for a while (however long that needs to be) before switching focus/prioritization to something else, so that at the end of a month or year, the overall weight of everything has balance.

To use run training as a quick example (explained in greater length and depth in the Periodization chapter of my book), racing is the lowest priority in the winter, with ST at the highest.  Then that slowly but surely shifts in the opposite direction as we hit the fall season, which is peak race season.  Monitoring exact paces for workouts follows suit (low priority now, high priority later).  You should be able to apply this same mental approach to all aspects of your life: professional, athletic, social, and family/friends, with further breakdowns within each of those major categories.  I’m sure some of you already do this with elaborate color coding on your monthly planners or through journaling, or though meditation, but if not, then give it a whirl.  Take an hour to dissect your life on paper...your schedule, your priorities, your goals, and your happiness.  As an athlete in the Mid-Atlantic region, this is the perfect time of year to do it (winter off-season).

So, as you focus on nutrition now (here in the off-season), you are adhering to a key component of happiness, which is to the Purpose and Pleasure Pendulum, for which I have a separate Blog, and reading that will explain how nutrition and happiness ended up in the same title of this Blog :)

Be Your Own Color Commentator 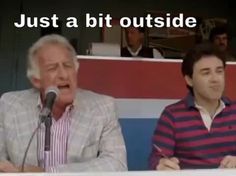 As part of your longer runs, a strategy you can use to practice positive self-talk and keep it fun is to play the role of being your own color commentator, treating the run as if you’re out there with imaginary opponents!  Bear with me here :)  You’re already talking to yourself in some way, shape or form when you’re running, right?  So why not spice it up!  I first started doing this with my friend Brian many years ago when we did 3-5 hour bike rides together out in the middle of nowhere VA/MD.  The invention of iPods has changed the game since then, but when cycling with someone else, you tend not to bring your music with you.  So I would entertain us both by doing my best impersonations of the Tour de France commentators as we had to pass the time somehow while climbing all of those hills, staring at trees, and inevitably getting lost on occasion.

The commentary kept the training fun, but I also started to see common themes emerge once I kept this up on occasion during my solo run training.  I noticed that it helped keep me positive, as I could create positive self-talk at any point in the workout to help me push through to the end.  When training each week can otherwise become monotonous, this is a way to generate some excitement.  Even on the days I wasn’t feeling my A-game, I could still pretend that “everyone else on the course is suffering too, but I’m still in command and winning.”  Therefore, I mostly used this fun tactic toward the end of my workouts, when I was more likely to need a mental boost.

Give it a shot.  Be creative, have fun, give it your own flavor, add an accent too if you like.  Any time you pass a runner who is going either direction, you can make them part of the story.  You can even turn it into the overly (overly) melodramatic NBC-style coverage we are bombarded with during the Olympics.  It’ll also allow you to be brutally honest with yourself (if you’re not already), as you can remind yourself of the obstacles you’ve overcome, that you are probably fitter than you’re giving yourself credit for, and so you can soul search in the midst of all this commentary.  It’s a good way to get to know yourself as an athlete.  It’s also a great way to get in the habit of envisioning success, whether it’s actually winning a race or hitting a goal time or PR.  At the end of the run, who the hell is there to say otherwise!?  Nobody.

I have separate sections on Self-talk and Imagery in Chapter 6 of my book “The Art of Run Training.”  Chapter 7 offers many other strategies for different race distances, but I really like this one even though I didn’t put it into the book.