The Relationship Between Sleep & Athletic Performance 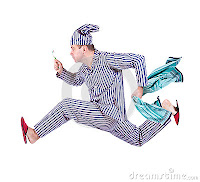 I recently read a 2015 review article published in Sports Medicine, titled "Sleep and Athletic Performance: The Effects of Sleep Loss on Exercise Performance, and Physiological and Cognitive Responses to Exercise.”

Below I provide a summary of the authors’ main points, followed by my 2 cents (interpretation of the results) from a coach’s perspective.

Authors’ main points:
Although sleep is considered critical to optimal performance, many athletes appear to lose sleep prior to competition for various reasons, including noise, light, anxiety, and nervousness.  While there appears sufficient evidence to imply complete sleep deprivation can have significant negative effects on athletic performance, the effects of sleep restriction (partial disturbance of the sleep–wake cycle) are more conflicting; a concerning issue given that athletes are more likely to experience this mode of sleep loss.  The detrimental effect of sleep loss on most aspects of cognitive function remains unequivocal, with only minor conflicting findings present for the extent of the effects of mild sleep restriction, findings that would predictably suggest negative consequences for athletes requiring high neurocognitive reliance.

Much of the previous research has reported that exercise performance is negatively affected following sleep loss; however, conflicting findings mean that the extent, influence, and mechanisms of sleep loss affecting exercise performance remain uncertain. For instance, research indicates some maximal physical efforts and gross motor performances can be maintained. In comparison, the few published studies investigating the effect of sleep loss on performance in athletes report a reduction in sport-specific performance. The effects of sleep loss on physiological responses to exercise also remain equivocal; however, it appears a reduction in sleep quality and quantity could result in an autonomic nervous system imbalance, simulating symptoms of the overtraining syndrome. Additionally, increases in pro-inflammatory cytokines following sleep loss could promote immune system dysfunction.

My 2 cents:
For those who read the fine print of this review article and saw that the several studies that showed a decrease in performance were mostly in maximal power output (i.e., 30-sec Wingate/cycling test), I would ask them to raise their hand if that is a meaningful carryover into their own training (answer: most likely not).  Sleep deprivation (SD) vs. sleep restriction (SR) is where the other significant findings of the article are contained, but I also don’t think any of local amateur athletes are facing actual sleep deprivation.  In short, if it’s the night before a race and you don’t get much sleep, then don’t worry about it, especially since there are very little (if at all) cognitive aspects of endurance events, whereas team-sport athletes might have other considerations depending on their position/demands, but even then the results are mixed with no need to sound an alarm.

It’s important to note that the article points out that physiological measures don’t always show adverse effects from SR, so the authors postulate that central fatigue (as in central nervous system fatigue/ self-talk) is most likely the mechanism, especially if you factor that perceived exertion (effort) was diminished in some studies.  In other words, if the athlete believes that the sleep restriction is going to have an adverse effect, then he/she might be likely to create a self-fulfilling prophecy!  Get the idea out of your head, and do so with confidence, as the empirical evidence supports that short-term SR likely won’t affect your endurance the following day.

Chronic sleep restriction is a separate issue not addressed by this article, and I think we would all agree that at that point there are going to be performance detriments (even with just a few days), along with an increased chance for injury (i.e., relationship between chronic muscular fatigue and injury).  I can empathize with any athlete who doesn't get a solid night of sleep the night before a big game/race, but what’s probably more important is the sleep you get two and three nights before a significant effort.