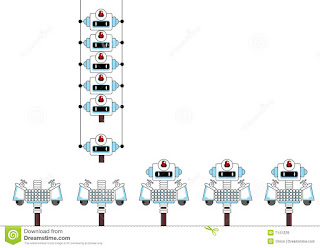 I frequently use the word “consistency” in relation to winter off-season training.  I encourage everyone not to overlook consistency as an important variable in your training program.  The variables we usually think of are: distance, miles, pace, # of sets, # of reps, duration, rest intervals, and # of workouts in the week.  However, if you’ve been doing all of the above for several weeks in a row (putting recovery weeks on hold for a second), then isn’t the number of weeks also its own variable?  Yes, it is!  And that is the main reason I give DCRC athletes proactive recovery weeks as preventive medicine.

The other more important point I wanted to make here is that you don’t always need to extend your weekend long runs, nor do more total miles or days per week as we progress along.  The simple fact you’ve done it x-amount of weeks in a row is enough stress on the body already.  This is why a chunk(s) of your program will often look similar over a few weeks at a time.  And this is where a coach and an athlete might have different perspectives on training, right?  Sometimes I’m controlling all the variables in a program (within reason) and allowing the fact that it’s being done week after week (after week) be the important variable in the mix.

This approach (and reminder) is especially important for those of you who are either getting back into running/training for the first time ever, or the first time in a long time, and/or if you’ve always had nagging injuries in the past, and/or been sidelined by injury.  This approach does not mean your training is stagnant!  No way!  That is a fallacy that keeps the PT/chiro offices in business!  If you’ve been training consistently for 6-8 weeks in a row then you better believe you’re putting in work.  This level of commitment and consistency is new for some of you, either mentally or in terms of being injury-free.

Let your consistency be a variable in itself and be patient if your program doesn’t resemble cannon fire.  Some of the programs I create for athletes accelerate faster than others, yet that is based on myriad factors.  The above points also reinforce the notion, "Train smarter, not harder," and now you know another tactic to put that into action via your program.