You Have the Right to Remain Selfish 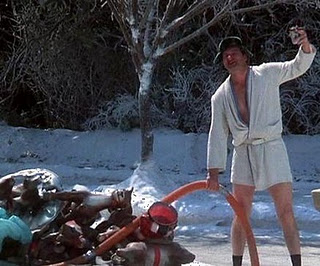 In practical terms, being selfish might mean deviating from the usual workout done with a training group, such as a runner skipping a group long run if she is instead scheduled for a shorter, faster run.  Or a runner may need to do a scheduled run when he would otherwise choose a social activity detrimental to training that day.  Learning how to say “no” becomes a skill, like saying “no” to some activities if/when they conflict with morning workout plans, or saying “yes” to social activities if a recovery day was needed anyway.  When people talk about “keeping the balance” among running, work, and leisure, I can’t help but remark that following a periodized training program naturally builds this balance into the equation.  Of course, this all assumes a runner is following a training program to begin with, no matter how structured or unstructured it may be.  If there’s no general plan being followed, then this section probably won’t resonate.

During the tapering period, a runner should be less concerned with what everyone else is doing and be more concerned with how he is feeling day-to-day.  It’s okay to skip a group workout if it conflicts with a personal schedule or energy levels.  If a runner has sacrificed much of his time, energy, and money in the past year in hopes of achieving some meaningful running goal, then he shouldn’t let it be sabotaged in the final lead-up to the race.  Be confident in telling training partners that you need a day of rest, or that you want to run on your own in order to hit the target pace for a workout.  We claim that exercise and health are strongly correlated with positive self-esteem, so let’s put that self-esteem into action!  Have enough self-esteem that your friends and family will still be there for you as you engage if some “selfish acts” in the few weeks before an A-race.

Make some “me time” for yourself.  As much as running does add a social element into many people’s lives, running is very much an individual endeavor.  During peak season, stick to your workouts on your specified days of the week and eat your chosen foods/drinks at your chosen time of day, especially in choosing the specific meal the night before the main event.  Your body will thank you for it on race day, and you’ll be able to thank yourself.  Selectively during the year, treat yourself like an athlete.

Those are some of the practical tips as it relates to “taking running seriously.”  Many runners go overboard with this mentality and it becomes socially maladaptive, but all I’m encouraging runners to do is to put their race goals in the proper context.  If someone isn’t training like an athlete and/or doesn’t have a peak-race slated, then there’s no need to develop this approach.  Otherwise, a runner should take a month out of the year to do it all his/her own way.  After the peak race, there is usually a recovery period where the opposite approach takes places and there’s much more time for to catch up on aspects of one’s personal and professional life.

As peak season nears, ask yourself what kind of social support you have (or could create) to help you reach your goals.  I certainly enjoy being a part of a runner’s support crew, but consider how friends, co-workers, and family can pitch-in.  Are they aware of your goals?  Do they need to be?  Support goes a long way with goal setting.  There may come a time during race season when you need to be a bit selfish.  Don’t wait until the week of a big event to consider how your routine may significantly affect family and friends, or vice versa.  Talk to your support crew early; give them an advanced heads-up on your plans (if needed).  This does not mean you’ll ignore your loved ones and neglect your pets that week; rather, it’s just the subtleties that need consideration.  These steps are part of what it means to be good to ourselves, which we, as humans, need to do.  Otherwise, you have to take a month out of the year to do it your way.