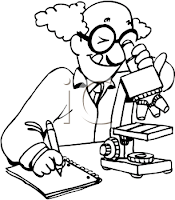 Occasionally in a runner’s program, I’ll schedule a workout he/she has done previously within the 3-month phase, or in the prior phase.  I know the conditions and weather aren’t always the same, but it’s an attempt to get a glimpse of how much a runner has improved on paper and/or how much easier the same workout felt the second time around, which is all the more reason to keep score at home, at least for the speed workouts and long runs.  It’s uplifting to compare some of the same workouts from the previous phase or year.  As stated in the opening chapter of my book, race day should not be the only way that success is measured.

There needs to be a healthy balance as to how often the data is analyzed and how often workouts are compared.  I don’t encourage runners to compare their workouts week to week, and the reason is very simply rooted in that the physiology of training doesn’t allow for significant changes week to week.  Too many runners are “disappointed” in themselves when comparing their performances week to week.  Such feelings are not warranted.  Look for improvements over a greater timescale, as in three months apart or even year-to-year.

On a shorter timescale, expect improvements no sooner than about every 6 weeks, which is in line with the physiology of the training.  Improvements seen within a one-month time span are usually attributable to significantly different weather or to “learning effects,” meaning the improvements are due to runner having a better understanding of how to do the workout, not necessarily improved fitness.  Garmin runners usually have a tougher time resisting weekly comparisons.  If you get caught in the trap of constantly seeking improvement, then it can lead you to feeling unsuccessful, unnecessarily.