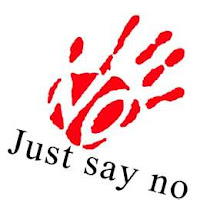 I developed an anecdote during a recent 10k race. I'll give away the punch line now: How do you know if the person running next to you during a race is someone you want to pace with?
When the starting gun went off for a recent 10k, I was in 4th place, enjoying the view of lakes and trees in the opening minutes.  I could hear a guy coming up behind me, but he wasn't right behind me, he was about 30 meters back.  I heard him because his breathing sounded like he was kicking to the finish in a track race.  I thought, "This guy won't last through the 2-mile mark."  He decided to settle in next to me, and as I tried looking past him to catch another view of the lake, he asked if I was trying to stick with 5:45 pace.  "Sure," I said. "Great," he replied, "run with me, I need someone to help push me."  Now you may be thinking, "that's great, running with someone helps your race performance!"  Wrong.  What is the one uber-important disclaimer to put on that tactic? Anyone, anyone? Let's read on and find out.
Because he was breathing like we were on Mt. Everest, I knew he was in over his head at 5:45/mile.  Who cares what his stride looked like or the fact we were shoulder to shoulder, his breathing was out of control.  So, I looked at him and said, "nah, I'm okay, go ahead".  He went ahead just before the 1-mile mark, then slowed a bit as I passed him on a gradual incline.  As we crested the hill, we hit the Mile 1 mark at 5:45 exactly.  It was a rolling mile and I don't believe in Garmins, so how did I do that?  Stride, breathing, discipline.  Just Say No to peer pressure.  Experience helps a great deal; I know what 5:45 feels like.  Effort.  Intensity.  Perceived Exertion.  These are all more important than pace and/or "running with someone".
As we crested the Mile 1 mark, we had a looooong downhill, my favorite.  I passed him easily, which told me that we had two different running styles and strengths, so that was another clue I knew not to pace with him.  I didn't say 'no' 3 minutes into the race because I thought he was a faster runner.  I said 'no' because I knew he was too slow, even though he went ahead of me.  After that downhill, I never saw (or heard) him again and beat him by 3-4 minutes, all of which I could predict from 10 seconds of data collection at the half-mile mark.
Once I passed the other guy ahead of me at mile 3, I knew he would fade because I watched his stride as I came up behind him.  His cadence was just too slow to be running at that pace.  I came in 2nd place to a great runner, who I actually beat in a 10k two months ago.  I let him go right off the gate, and he pulled away further each mile, no way I would beat him today.  The effort required would have sunk me.
The moral of the story: Be very selective in deciding who you're going to run next to in a race.  And be very selective when you do it.  It's safe to say that trying to "run with someone" (a stranger) from the opening mile is a recipe for disaster.  Either you're too fast, or they're too fast.  Monitor your own breathing and stride and be disciplined.  If you know it's too much effort, back off.  If you find yourself pulling ahead of your group or doing lots of passing, then check your body.  Much of the time it means you're doing great, keep it steady.  Get in tune, which is aided by consistent track work.  The goal of track workouts is to hit the same...pace...every...lap!  iPod runners may have to read this story again :)
Train hard (and don't follow strangers)!
Mike
Posted by Mike at 9/27/2011 No comments:

Don't Judge a Book by Its Cover 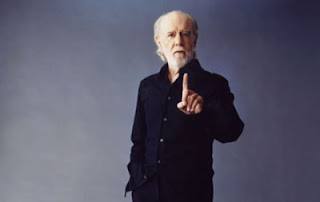 During an interview with Competitor Magazine I was asked for “the biggest mistakes runners make.”  One of my answers was the same point of this blog, the misinterpretation of race results.  Are we supposed to become faster with each race we run?  Should every race be a PR?  Are we supposed to PR at every distance during the same time of year?  How do we know when to shoot for a PR and when to have other goals in mind?

First, the short answer: You are not supposed to set a PR every race, so let’s have a round of applause for that peace of mind.  For a beginner it is easier to hit PRs with each successive race because the room for improvement seems almost endless.  However, for experienced runners and/or as fitness increases, the window for opportunity becomes increasingly smaller, which is known as the ceiling effect.  Race day conditions and the runner’s state of being that day also need to be factored prior to solidifying race goals.  Unfortunately, not all runners engage in this foresight, so damage control becomes the name of their mental game, without realizing that the goals weren't accurate to begin with.  How do we prevent the need for damage control?  The answer is by setting appropriate goals for each race (and perhaps better race selection in general).

Our human psyche is very good at making ourselves feel better after a subpar performance (whether it was actually subpar or whether it was perceived that way).  It’s what some researchers call cognitive ease or the psychological immune system.  It goes like this: You finish a race, see your results, think you could have done better and feel more unsuccessful than you should, but then the psychological defense mechanisms (rationalization, cognitive dissonance) turn on to make you feel better.  In other words, after the race, some runners will begin to factor in the heat, humidity, hills, wind, etc., so that they feel better about the finish time.  However, what if they were able to make all of those calculations and predictions before the race began?

The main point is that foresight is a more powerful tool than hindsight.  Hindsight is always 20/20, but again, it deals with rationalization and damage control.  What if there wasn’t any damage at all?  Meaning, what if your goals were properly adjusted ahead of time (and mid-race as well) so that you felt successful as soon as you crossed the finish line?  Goal setting done properly is a wonderful tool for avoiding damage control.  Factor in as many variables as possible before setting concrete goals.

The Technology & Psychology blog relates to this one.  When training is going well, yes, it is much easier to rip one PR after another.  But as a runner becomes faster and keeps improving, there’s a greater need to more closely weigh the conditions, both internal and external.  If you’re not improving every race, then relax, it may simply mean that you’re getting closer to your full potential; this is not something to fear.  If one race isn’t a PR, it’s okay; it’s just one race.  Don’t judge a book by its cover. 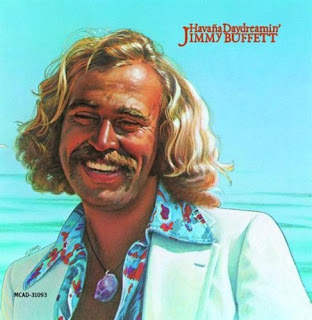 I don't harbor any negative thoughts about rainy weather.  This is usually the time of year when everyone is wishing for a break from the 90-degree heat and humidity, so make the most of the rain.  With or without the preceding conditions, you'd be foolish not to run outside in the rain.  On paper, it could be your best week of summer training!

Rainy days can often be perfect running conditions for this time of year, knowing that it could be worse.  A heat wave, an earthquake, a hurricane, and a week of rain equates to all the more reason never to let the weather dictate your training routine (only tweaks to the pacing/intensity).  If you always view Mother Nature as your compadre on a year-round basis, then there's never a reason to let Her dictate your mood.

So, I looking forward to workouts in the rain with the DCRC crew.

Contrary to Jimmy Buffett's advice, we can try to reason with the hurricane season and can run at this pace for a long time.

Pack a hat and then stuff your shoes with paper towels when your done,